The BMFA recommends that you should not fly solo.
Please use the group WhatsApp if you intend to fly.

The sky’s the limit…. Are you ready?

Hello and welcome to the world of model aeroplanes.
You have successfully reached the  Wirral Radio Control Flying Society’s website.
The flying site is in Arrowe Country Park on the Wirral and has been established there for more than 50 years.
We have a good mixture of sport, scale and helicopter pilots, some of whom are qualified BMFA examiners and trainers who give assistance and advice to anyone who asks.
The society was originally the Wallasey Model Aircraft Club.
This split to form our club and began in about 1963 at the Central Hotel in Birkenhead.
This was the beginning of the WRCFS as we know it now.
John Hannay a globe-trotting competition winner (i.e. Finland, Czech Republic, Germany etc.) and designer of the glider “Topscore” was elected as the first chairman.

The first flying field was at Carr Lane in West Kirby then several other fields were used: Dunkirk, Ledsham, Thornton Hough, Raby near the mere, Thurstaston Road near the Wirral way and at last Arrowe Country Park near Birkenhead on the Wirral. where we have flown since the early sixties.

How to find us.
Click on aerial view of field to see road map. 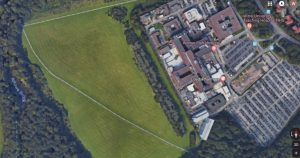 Leave the M53 at Junction 3 and take the A522 exit and follow the signs to Arrowe Park Hospital.
At the Arrowe Park Hotel roundabout turn right into; Arrowe Park Road and travel for about 100 metres you reach traffic lights at the hospital entrance.
Turn left into the hospital grounds and then continue towards the main entrance. Turn left to get to the car parking areas. Weekday parking restrictions apply. Entrance to the park is via a footpath sited on the far side of the car park. Follow the path into the field where the flying site is. The pits area is situated on the tree line near to the lake. Access to the flying site can also be gained from the public car park off Arrowe Brook Road, along side the football fields.
A 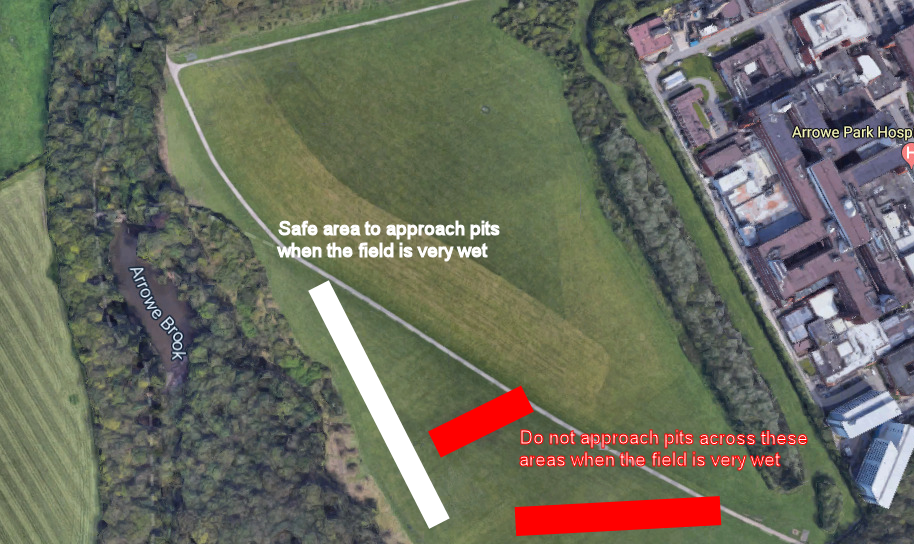 ccess to the pits area from the path can be very restricted when the field is very wet.
Please stick to the route shown on the map, and avoid the red areas.
Iconic One Theme | Powered by Wordpress